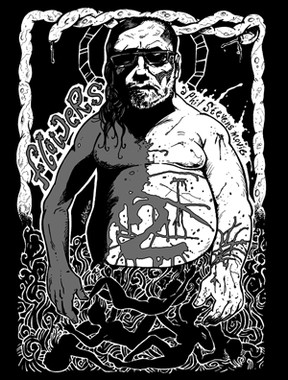 FLOWERS 2 is the third feature film from writer/director Phil Stevens.

Following directly after the events of the first film. FLOWERS 2 explores the final days of the serial killer known as ‘THE EXILE’ through a macabre birthday party held by his past murder victims. We are shown this monster’s violent past life through the eyes of his dead.